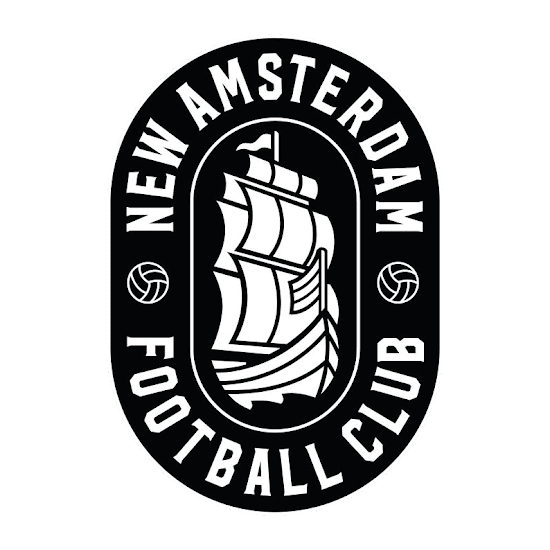 "The club of the People" New Amsterdam Football Club is Proud to serve as New York City’s 'Club of the People'. Bringing the world's game to the world’s city in an authentic and meaningful approach. Finally, your team is here, New York.

Entertainment
New York, NY Website
We’re considering raising capital through a Regulation Crowdfunding campaign on Fundify and are running a test the waters campaign to gauge Investor interest. During this test the waters campaign, (1) no money or other consideration is being solicited, and if sent, will not be accepted; (2) no offer to buy the securities can be accepted and no part of the purchase price can be received until the offering statement is filed and only through Fundify’s platform; and (3) a prospective purchaser’s indication of interest is nonbinding.

New Amsterdam Football Club is Proud to serve as New York City’s  'Club of the People'. Bringing the world's game to the world’s city in an authentic and meaningful approach. Finally, your team is here, New York.

Other professional soccer leagues such as Major League Soccer and USL have expensive business models. For example, the cost to join MLS is over $300 million. In contrast, NISA teams can be run on a $1-3M annual budget depending on the market. NISA teams also own 100% of player transfer fees, 100% of their brand identity, and the teams own the league. Each NISA team owns a percentage of the league and sits on a board of governors who vote on how the league should be run.

New York City is also a market with thousands of talented youth players who might be able to play at the professional level, but local MLS teams are primarily made up of players from other geographies. At New Amsterdam Football Club, we are focused on the majority of the team coming from the New York area and developing local talent.

OUR city OUR club

New Amsterdam FC will have a sustainable business model in place to grow with time as the club evolves through its initial development. NAFC will be established as the Club of the People. We will provide pathways for local players in pursuing their dream of playing professional soccer, opportunities for coaches and executives to work in the worlds game and have an authentic club in the world city

The professional league we play in called NISA, provides a fresh take of professional soccer in the United States by providing member clubs with a non-restrictive platform to grow their branding as well as their clubs identities in an organic manner.

The cost of running a team in NISA is typically between $1-3M per year which is a much more sustainable model compared to what other leagues such as MLS offer investors.

New Amsterdam Football Club plays in NISA which is a 3rd division of professional soccer.

The club will be playing its home games at Hofstra University in Long Island this Fall: https://www.prnewswire.com/news-releases/new-amsterdam-fc-announces-hofstra-soccer-stadium-as-home-venue-for-fall-2021-season-301349655.html

The games are broadcast online and occasionally on Bien Sports.

Our revenue comes from a combination of ticket sales, sponsorship, and apparel sales.

How we earn revenue

Professional soccer teams in NISA earn revenue in a variety of ways:

The second is through corporate sponsorship.

In our 3rd season, we now play at Hofstra Soccer Stadium!

Currently NISA is in the third division of Professional soccer in the United States of America.

New York City is one of the best markets in the United States for professional sports!

Michael Hitchcock CEO: Playbook Management International is led by Managing Partner, Michael Hitchcock. In November 2009, Hitchcock launched PMI after completing a career in Major League Soccer where he helped grow the league from the early, struggling years to the strong, vibrant league that it is today.  Hitchcock is known in the industry as a visionary leader, innovative marketer and a strategic planner.  Through his unique approach to the business; Hitchcock has shown throughout his career that he can help clubs & leagues accomplish great things with a focus on maximizing revenue while running an efficient operation and giving back to the community. Hitch brings over 22 years of soccer business management experience at the MLS and Minor League levels to helping hand selected clients. MLS During his 12+ year MLS career, Hitchcock worked his way from the bottom of the organization (entry level sales rep) to the top of the organization (General Manager.)  Hitchcock was the most decorated Business Executive in MLS History having won the MLS Sales Director of the Year award 4 times, his Sales Teams won MLS Sales Team of the Year 5 times and he was recognized as the Commissioner’s New Business Leadership Award winner as a Sales Rep.  Hitchcock is the only MLS Leader to have hosted and led the Major League Soccer Championship game, MLS CUP, four times (all 4 games were SOLD OUT.) He’s credited with elevating the status of the League’s Championship game with very innovative initiatives including the MLS Host Committee (a committee made of the local business, community and political leaders to help promote the Championship game on all levels) & MLS CUP Trophy Tour.  Starting his career in entry level ticket sales (commission only), on his first day as a Sales Rep, Hitchcock set a goal of becoming a President/General Manager of an MLS Team in 9 years.  8 years, 6 months after his first day as a Sales Rep; Michael Hitchcock was offered 3 President/GM jobs in the same week.  He accepted the opportunity to become the General Manager of FC Dallas (MLS team) and the new Pizza Hut park (a state of the art 140 acre Soccer Facility that included a 20,500 Seat Soccer Stadium and 17 world class soccer fields.)  As the General Manager of FC Dallas & Pizza Hut Park, Hitchcock brought over 1.5 Million guests to Pizza Hut Park per year through an aggressive Programming Plan & Strategy. Through his leadership, Pizza Hut Park became the first Professional Green Stadium in the state of Texas which was fully funded by a Recycling Grant.  Hitchcock created the FC Dallas Foundation to help make the community where we live, work & play; a better place to live, work & play. The Foundation helped children with the goal of raising $500,000 a year that they give back. In 2009, he was recognized as the Frisco Business Leader of the Year with the Frisco Chairman’s Award.  Under Hitchcock’s leadership, FC Dallas & Pizza Hut Park was recognized as Business of the Year by two different organizations in 2008.  In 2007, Pizza Hut Park received the Dallas Business Journal Community Impact Award for the company in Dallas/Fort Worth that had the greatest impact on the local community. PMI Through PMI, Hitch has successfully consulted and managed over 60 soccer leagues, teams, facilities & events in the US and around the world, through a combination of short-term consulting agreements, mid-term management agreements & long-term investments. Hitch has “fixed” existing franchises who were underachieving, developed Playbooks (business plan & strategy) to help clubs and leagues evolve and grow, launched professional soccer teams to include establishing their brand, connecting with the community & running a profitable operation, consulted the development of Facilities & Stadiums and mentored Owners who are investing in soccer for the first time. CURRENT Hitchcock is the Chief Executive Officer & Partner of the Professional Futsal League and currently owns interest in four soccer clubs: Alfreton Town FC (Derbyshire, United Kingdom), Tobago FC Phoenix 1976 (Crown Point, Trinidad & Tobago), Napa Valley 1839 FC (California, USA) & Fort Worth Vaqueros (Texas, USA).

Laurence Girard: Laurence Girard played for the New York Red Bulls academy when he was 18 in 2010. In college, he started a telemedicine venture which has now raised over $24M in equity financing from 500 physician investors. This company Fruit Street delivers the CDC's National Diabetes Prevention Program. Laurence is now contributing back to his local community through New Amsterdam FC.

Thanks for your interest in New Amsterdam Football Club! This preview campaign is designed to gauge Investor interest. Indicate your interest, and we’ll alert you when it opens for investments!